This article is aimed at comparing the main segments of FDM 3D printing i.e, consumer and industrial.

Fused deposition modeling (FDM) is often associated with the idea of cheap 3D printing. In fact, the low cost and relative simplicity of the FDM process make it ideal for use in various applications. Another advantage is the printing in colour, reducing the cost of post-processing. In FDM printers, a thin filament of thermoplastics (i.e., plastics that melt when heated, solidify at room temperature) is fed into a nozzle. The nozzle heats up and melts the plastic, which is then deposited additively in successive thin layers to build 3D models.

Nowadays, the FDM 3D printing process can be used in various segments and applications for both consumer and industrial 3D printing.

Desktop 3D or consumer FDM printing targets hobbyist and amateur home users with small, affordable and easy-to-use 3D printers. It lets the consumers or hobbyists experiment with their CAD designs and get an idea about their feasibility. Since FDM filaments are also cheaper in price, it gives a large scope for the correction of the initial design and for any modifications.

Most desktop 3D printers are neither powerful nor efficient enough to be used for rapid prototyping in industrial applications. They are aimed at hobbyists and home users who are looking to create spare parts, customized items, toys and decorative objects etc. The printing process is usually slow; a complex design can take several hours to print and often requires user oversight. Limitations in terms of print materials and speed mean that consumer 3D printers are best used in homes.

One of the chief advantages of industrial printers over their desktop counterparts is the range of materials they can print in. Most manufacturers have their own specially engineered portfolio of proprietary materials. The wide range of available materials means end-users can select the material that fits their printing requirements.
Industrial printers also allow the use of much more advanced materials. As an example, Xometry offers a special option of FDM 3D printing for ABS parts with M30 Stratasys material, which has higher strength and better properties, than a standard option.

Reduced costs and faster production speeds mean that manufacturers can use 3D printers to create end-use parts directly without tooling. Rapid manufacturing can be a viable alternative to assembly-line production in the coming few years if 3D printing technologies keep progressing at the current pace.

One of the key benefits of professional printers is their ability to make moving parts in different materials. This enables manufacturers to produce fully functional prototypes for testing purposes. Rapid prototyping can increase productivity and help identify errors early in the design process.

Expensiveness in printing arises due to the expensive build material. There are other processes like SLA and SLS which are almost on the same price level and also offer different materials.

The table below gives a brief summary of both types of printers.

Xometry Europe offers fast, reliable, and highly accurate Industrial FDM 3D printing services. Through our Instant Quoting Engine and our network of over 2,000 manufactures, we ensure that you experience a seamless part production process, from quoting to doorstep delivery. 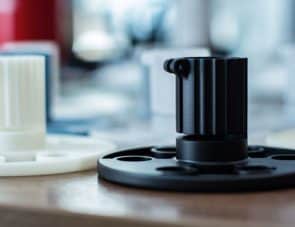 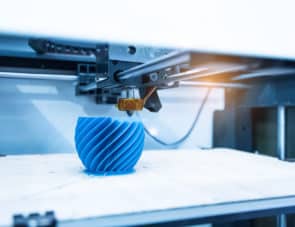 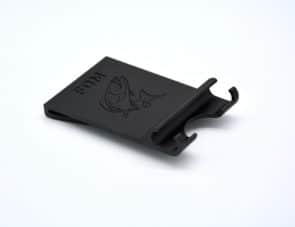